Waiting for the winds to shift...

Until the winds shift and a northerly front comes through not much movement south will occur. Today produced high winds and rain early causing many, many leaves to come down into the nets (if only they were birds instead!).
Thirty-eight new birds were banded and 12 recaptures—I said it was slow… Top birds were White-throated Sparrow - 7, Hermit Thrush - 6, and Myrtle (Yellow-rumped) Warbler - 5.
A nice catch was two Fox Sparrows and a Yellow-shafted (Northern) Flicker. It was pretty ironic to catch a junco and a Gray Catbird in the same net. The catbird was pretty fat too as you can see by the fat reserve on its belly. He/she is doing okay. Eighteen species of birds captured new this day. 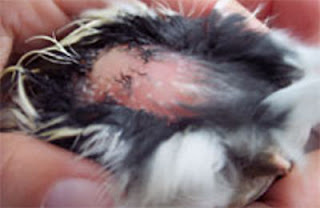 Only one Ruby-crowned and Golden-crowned Kinglets caught today. They must be somewhere! Three species of warbler seen and caught today: Tennessee, Blackpoll, and Myrtle.