Acadian Flycatcher and an increase in Ruby-throated Hummingbirds today

Rain delayed the start of the day. However, it did not halt it altogether. We managed to muster 288 new banded birds with 68 recaptures for the day despite the strong 20 + mph winds out of the west for most of the day. Twenty-two warblers graced us with their presence including Tennessee, Nashville, Northern Parula, Yellow, Chestnut-sided, Magnolia, Cape May, Black-throated Blue, Blackburnian, Western Palm, Bay-breasted, Blackpoll, Black-and-white, American Redstart, Ovenbird, Northern Waterthrush, Mourning, Common Yellowthroat, Hooded, Wilson’s, and Canada. The Prothonotary Warbler was heard in the buttonbush swamp to add another warbler species for the day.

Take a look at this nice adult male Magnolia Warbler. It is probably a great grandpa of more than 4-5 years old with the solid black upper tail coverts and the large white spots on its tail. 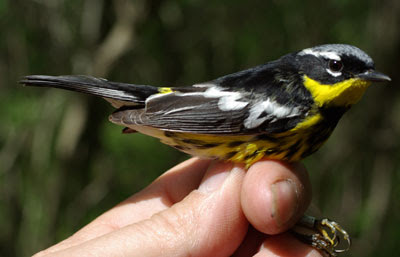 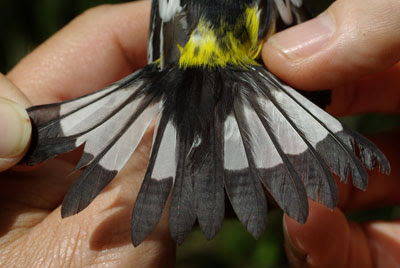 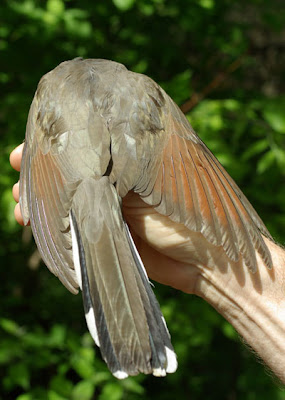 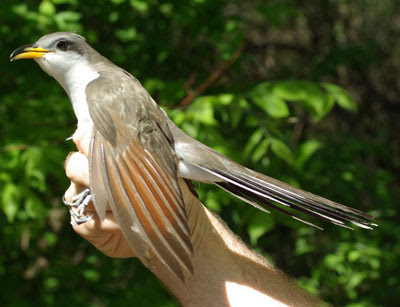 There is still time to enjoy the sights and sounds of spring bird migration! Migration is NOT over! Get out and have fun!