Northeast winds keep the birds in the area

After a busy weekend with International Migratory Bird Day celebration, the birds decided to stay for a while. No, the winds are not favorable for heading north. Check out www.facebook.com/bsbobird for the highlight at the Navarre banding station this weekend. They caught a male Cerulean Warbler while I was not there. It would figure. 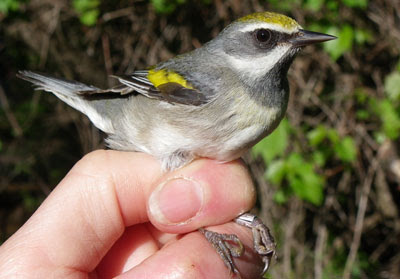 She is beautiful from the back as well!
Top 5 species:
Gray Catbird (GRCA)-8
Yellow Warbler (YWAR)-7
Northern Cardinal (NOCA)-5
Common Yellowthroat (COYE)-5
Red-winged Blackbird (RWBL)-4
We caught several Baltimore Oriole females today. Some would be considered males from a distance. Like this one with the dark head which is an ASY (after-second year) female. 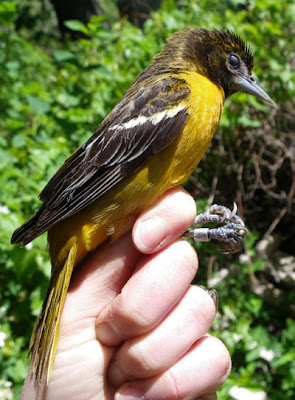 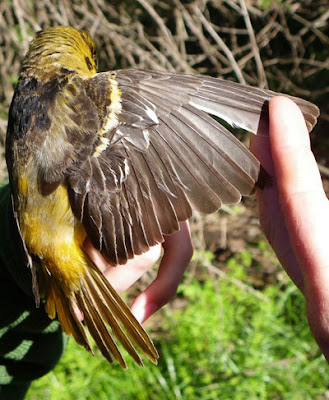 I have seen similar dilemmas with winter plumaged American Goldfinches with black wing feathers versus brown wings on females.

Tomorrow's forecast is for rain but if not a downpour the birds will be out. So if you don't mind a little precipitation get outside and enjoy. It will be warmer than it has been all weekend!
Posted by BSBO Research Staff at 4:44 PM