As you can see the flycatchers are here!!

The winds were out of the southwest so I was in great anticipation of a last push of late spring migrants today. It did not turn out to be as big of a day as I had thought. One hundred and eighty-one new birds with 27 recaptures were caught in 7.5 hours of net operation. Most birds that had been hanging around appeared to have left. There is still a large number of warbler species for this time of year counting 14 warblers captured and 17 warblers seen and/or heard. 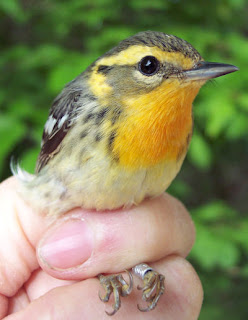 As you can see the flycatchers are here!!