Blackburnians have not arrived yet...

It was not raining today. That was the good part of the day after the past two days. More is to come tonight but it was clear this morning. Southwest winds made for a quiet day in the marsh. Thirty-five birds were new with 8 recaptures for a total of 11 species captured. Eight species of warbler with a Black-throated Green observed on the point count. I think the Blackburnians are waiting for a good day to show up in Navarre. Yes, again I hear they have been seen on the Magee Boardwalk. That is okay. They are still around that is the best part. 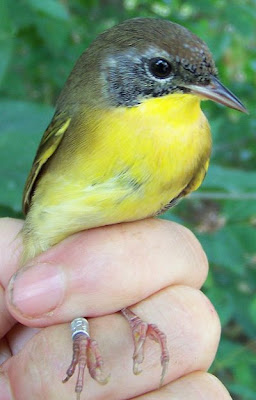 The winds look favorable for the tomorrow if the rain gets out of here.

Looking forward to a good day of birds!
Enjoy!