Nets up for three hours produced 19 new banded birds and one recapture. The cold front came in as predicted around 0930. The temperature dropped and winds shifted to the WNW. First for the spring was a Field Sparrow, but Hermit Thrushes were the number one bird. There were more White-throated Sparrows around than yesterday. Several Blue Jay flocks were moving along the beach ridge before the rains hit.

Top 2 Species:
Hermit Thrush- 11
Swamp Sparrow- 3
A single Myrtle Warbler graced us with its presence too. 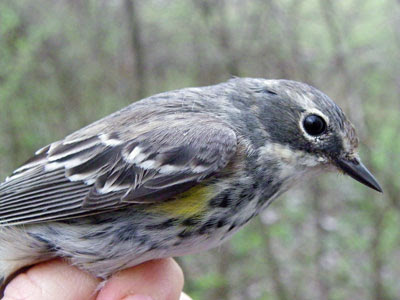 It could be confused with a female but it has worn primary coverts which makes it a second year male. 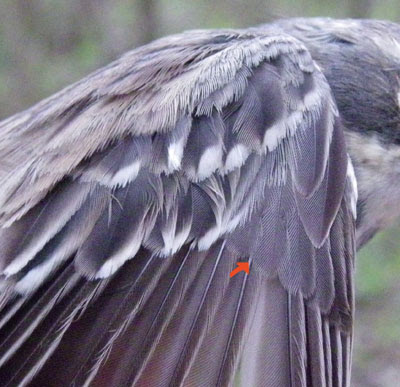 The arrow points to the worn and abraded primary coverts. Remember coverts are those feathers that cover or protect a major set of feathers.

I think the highlight of the day was this gorgeous Swamp Sparrow. I have never seen so many vivid browns, reds, and blacks on a bird.

I also took a picture to show the difference in the amount of red or rust on their heads. 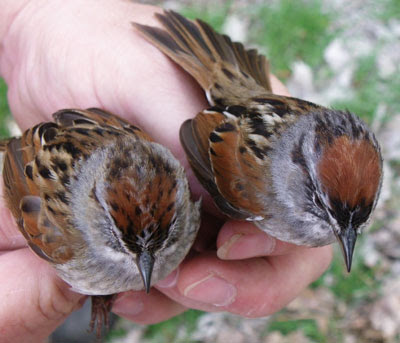 The bird on the right is an adult bird, probably several years old, but we can't really tell since they molt all their feathers after their second year and then on an annual basis.

Even a sparrow has some unusual merits that one might not see without closer inspection.
Posted by BSBO Research Staff at 6:24 PM