It has been a slower than normal end of May for the Navarre Station. According to our 20+ records, this year is 30% down from our average spring captures. Mark Shieldcastle, BSBO Research Director has been inquiring around the banding community and the stations in the Midwest are down but has not heard from anyone from the East coast. Maybe that will be where the birds traveled north along the east coast this spring.
Here are some of the highlights of the past several days:
A female Cooper's Hawk graced the banding crew with its presence during the last round a couple days ago. It is hard to distinguish how big the bird is from the picture. She is as big as a crow but you can not tell it from this. 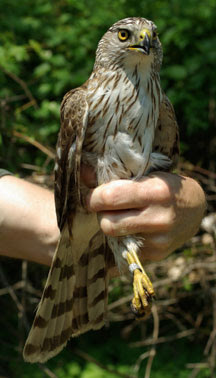 Another prize was this Yellow-breasted Chat. Never a dull day when this appears in your nets! 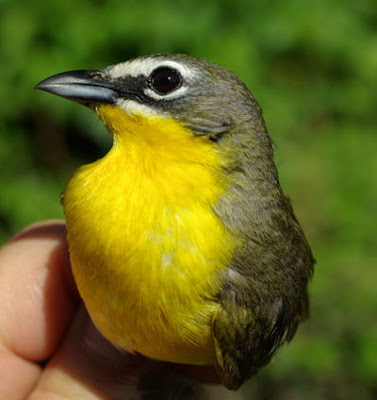 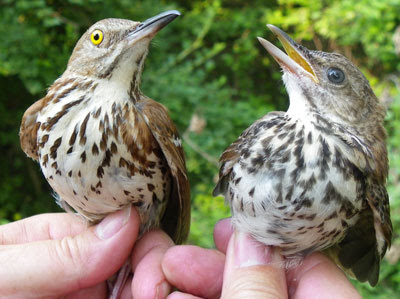 Note the HY bird has a gray eye versus the bright yellow eye of the adult.

Hatching year birds in summer have loose-textured undertail coverts like this one: 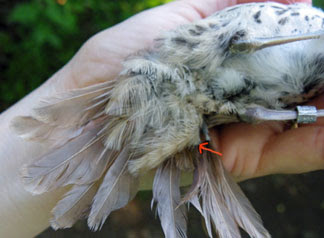 Last night there was a southerly wind and we had some movement of flycatchers and Magnolia Warblers overnight. Another prize was this male American Woodcock. See how the eyes are set on the head that it can see in all directions including up top. I showed this earlier but I still think it is neat to see. 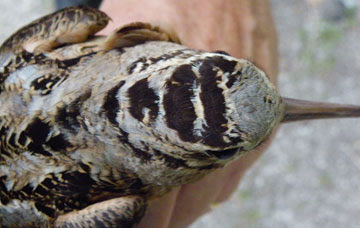 Check out the Spring Banding numbers at www.bsbobird.org/passerine/spring_passerine_migration_monitoring.htm

Enjoy the last days of spring migration... Have you heard any Yellow-billed or Black-billed Cuckoos? And enjoy the songs and sights of summer!
Many Thanks to all the service men and women who have fought for our freedom and those that are doing it for us today!