High pressure system has birds at a standstill

High pressure system overhead producing light lake winds today. The morning started off with several singing Winter Wrens which made the sunrise even more enjoyable! Such energy, endurance, and enthusiasm they portray.

I would say the best bird today aside from the 4 Winter Wrens (2 recaptures) we captured was the male Tree Swallow. Such a beautiful bird! 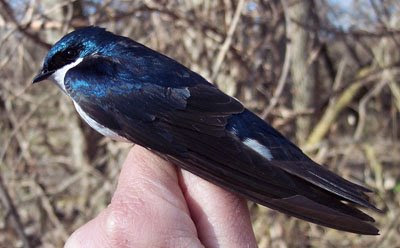 In five and one half hours 50 new birds were captured with an additional 30 recaptures. There were still a couple Fox Sparrows and Golden-crowned Kinglets hanging around. It won’t be much longer and they will be out of here! We don’t catch many American Goldfinches along the lake but it is a pleasant surprise when we do. They often fly over but do not come down to the ground. I noticed the attractive undertail pattern of this male today. It was a second-year bird but sure had a lot of white on its tail. 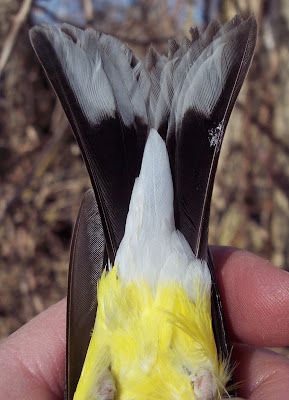