This past week was a roller coaster as far as birds ability to move northward. Strong southerly winds on Friday night through early morning Saturday brought in a few neotropical migrants to start the first wave species off and running. Majority of the wind direction for the week was Easterly off the cold Lake for the Navarre Banding Station which pushes the birds back off the beach ridge. Despite the low volume, we did manage to get some quality for the week highlighted by Solitary Sandpiper (SOSA), Green Heron (GRHE), female Cerulean Warbler (CERW), and three Sharp-shinned Hawks (SSHA).
Hermit Thrushes (HETH), White-throated Sparrows (WTSP), Myrtle Warblers (MYWA), and Ruby-crowned Kinglets (RCKI) were the the dominant species seen.

To better understand the demographics of a population migrating through this area, understanding age is important to determine. Below is a second year (SY) and and after-second year (ASY) Myrtle Warbler. Using the primary coverts (small feathers covering the primaries or flight feathers) we can age the birds shown below as (left bird) an ASY and right bird as an SY. Primary coverts (replaced only during the basic or summer molt) on the ASY are edged with gray and SY coverts are brownish and off-color from the secondary coverts (replaced in both the basic molt and the alternate or winter molt) that were replaced this winter. The SY bird has maintained its primary coverts since fledging out of the nest last summer. 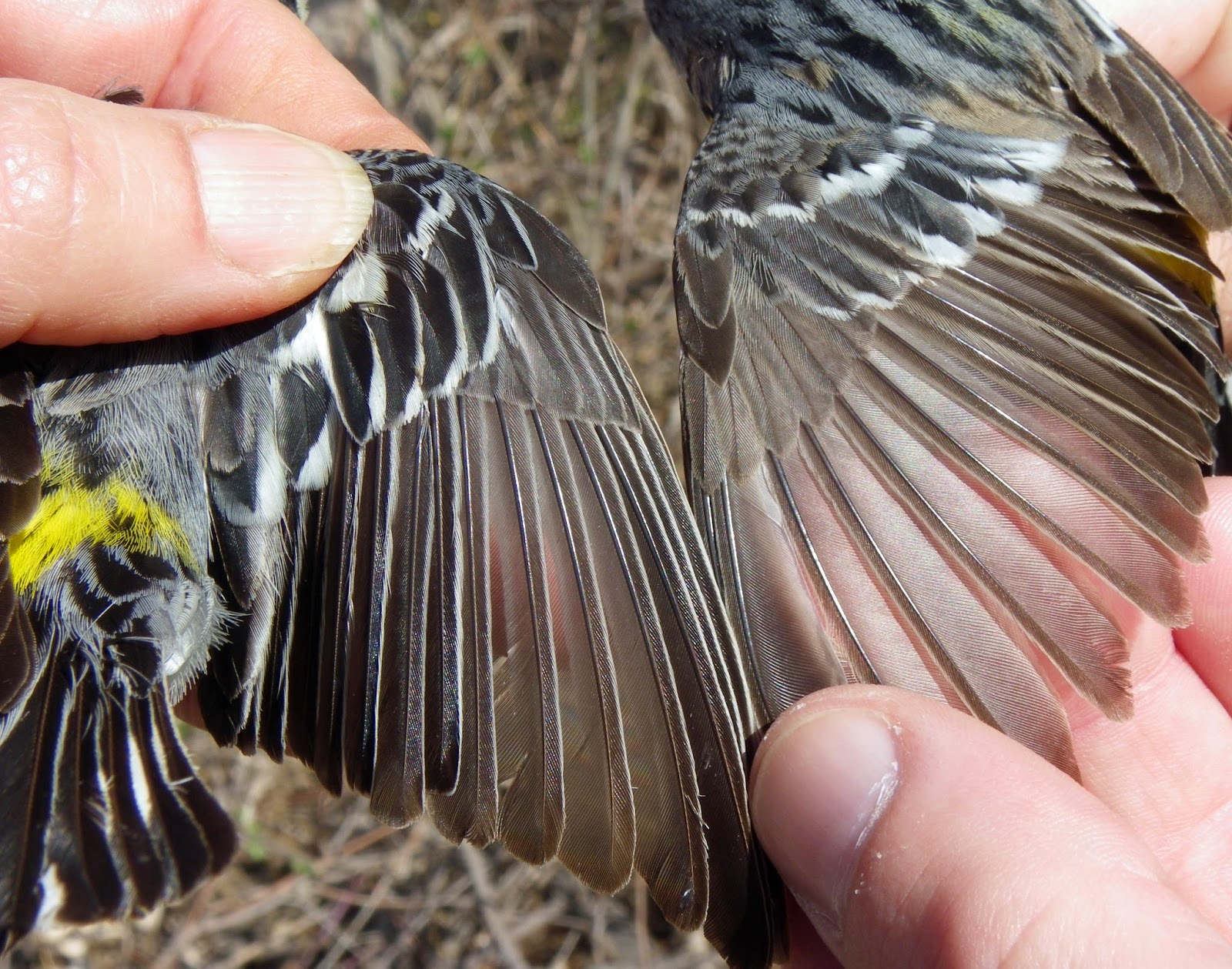 Two of the three SSHA are shown below with the younger bird (bottom photo) having the yellow/orange colored eye (ASY) and the second identified as an After-third year (ATY) bird with the ruby colored eye. Sex of this species is determine by size/wing chord.

Highlights for the week: showing different poses to show the different colorations on these magnificent birds. 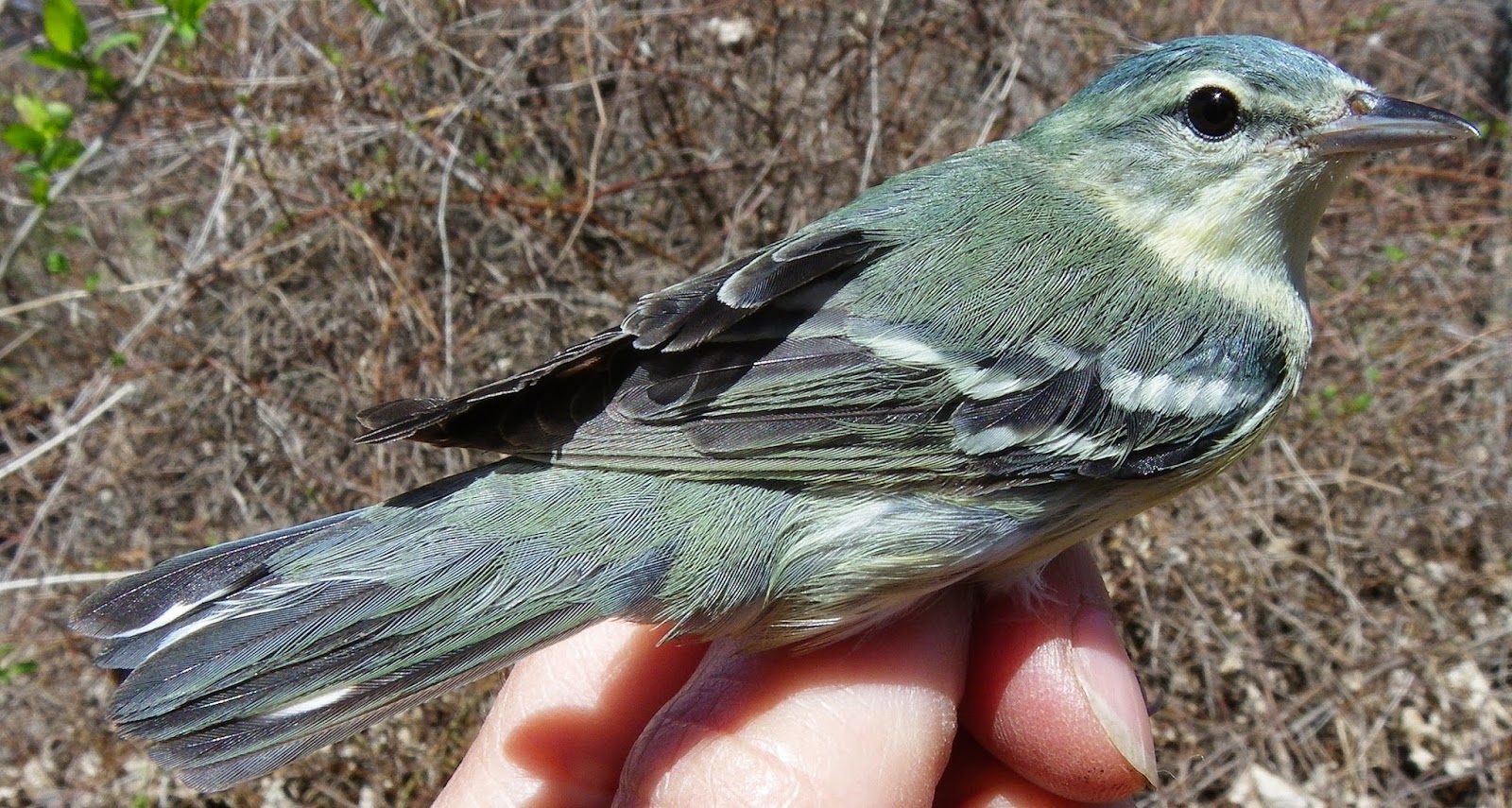 This coming Saturday from 10:00 AM - 11:30 AM is a great opportunity to see migrating birds up close at the Free public banding demonstration held at the bird observatory. Take time to get outdoors and experience the migration.