Even with the end of the Biggest Week in American Birding, there were still many birds to be found in the Lake Erie Marsh Region this past week. Our first Connecticut Warbler was captured and its cousin the Mourning Warbler sang its heart out this week at the station while small numbers were banded. The second pulse of the second wave of migratory songbirds occurred on Tuesday and Wednesday of the week. We were inundated with Magnolia Warblers (MAWA) and Common Yellowthroats (COYE). A few more of the older Yellow Warblers arrived back at the site, with a couple of five-year-olds showing up this week. Several older Baltimore Orioles also made it back home from their Central American winter residence.

Interesting things can be found while gathering data on songbird migration. It is a unique opportunity to have the birds in hand, allowing study of plumages of similar species. Take a look at these second-year (SY) female Black-throated Blue Warblers (BTBW). The primary coverts are diagnostic to age in second-year females, and both of these birds are SY; however, the differences in their plumage was striking. One has a small white handkerchief at the base of its primaries, the other virtually none. The coloration of the plumage of one has a yellowish cast while the other is whitish. You can see why field guides are a useful identification source but can't show all the variability that a species may demonstrate.

Quiz bird back for you to ponder: 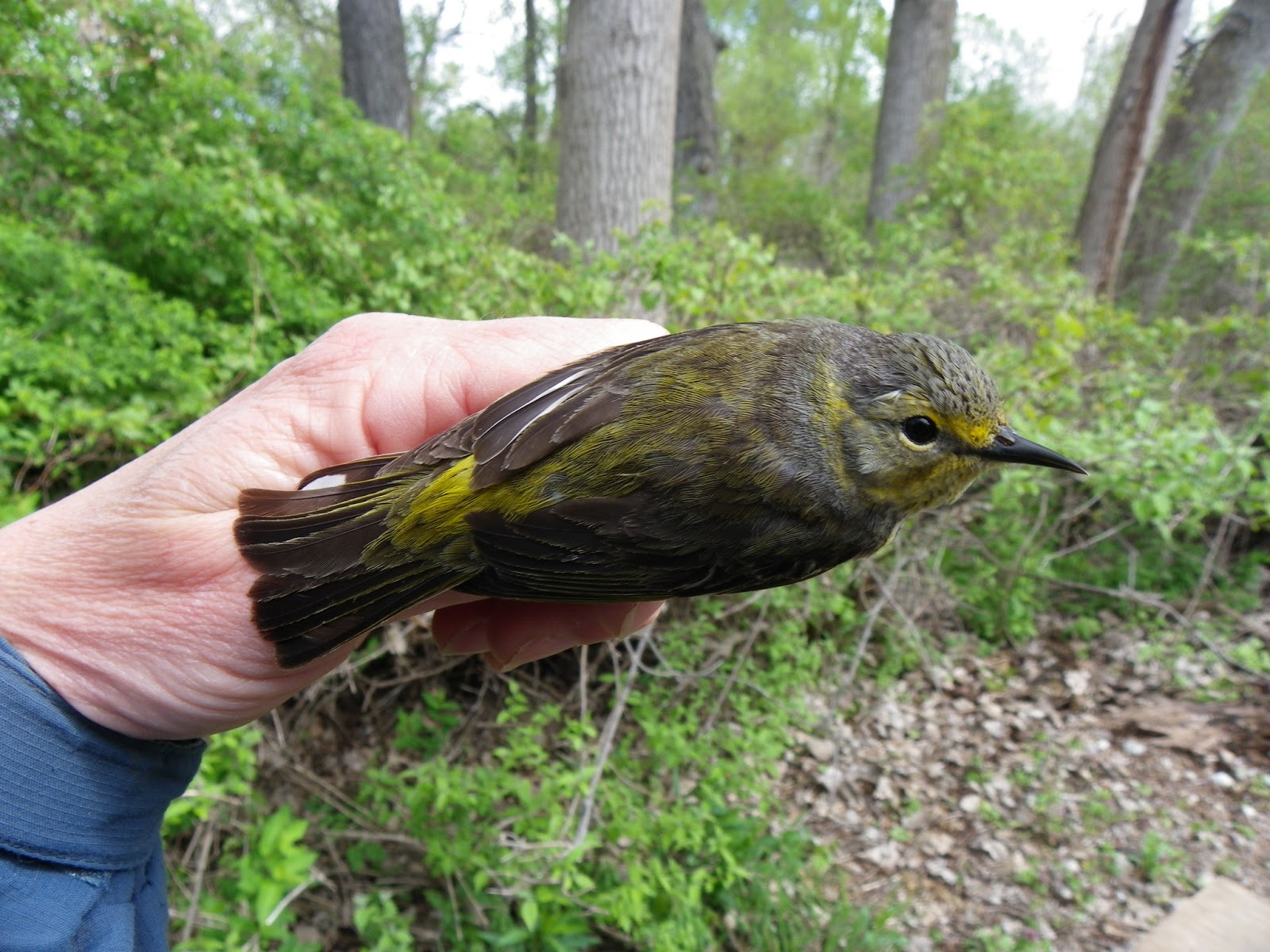 
Some highlights of the week:


Posted by BSBO Research Staff at 8:04 AM